In the discourse on degrowth – the deliberate and planned downscaling of production and consumption that increases human well-being and enhances ecological conditions and equity on the planet – the notion of »sustainable development« has sort of a bad rap. In fact, sustainable degrowth is intended to replace sustainable development as the central concept under which ecological and social minded activists and researchers might rally. Serge Latouche, the one who first fired the »missile word« of décroissance into the pubic realm, once held a talk titled »Down with sustainable development! Long live convivial degrowth!« at a conference in Paris in 2002. What are the reasons for such disregard of sustainable development? And could this be a somewhat foolish mistake?

First of all, the concept of sustainable development is critically judged by degrowth researchers and activists due to its lack of success in truly delivering on its promises to reconcile economic development, social equity and the limitations of planetary eco-systems. If you try to evaluate the sustainability of the planet and compare it with the situation 25 years ago, overall conditions on climate change, biodiversity loss, and oceanic acidification have all worsened. And though incomes have risen globally so have inequalities within and between countries plus the emerging global middle-class, people living on 2$ to 10$ a day, is looking increasingly fragile again. At the same time our global economic system has witnessed the greatest crash in eight decades in 2008/2009, leaving governments heavily indebted after the stabilization of the global financial system. Being the central concept of global environmental, economic and development politics of the same 25 years, the results really look dire.

Second, the use of the term »development« is criticized as a hegemonial concept of predominantly western economic thought, a successor of colonialism and imperialism with a somewhat nicer face.  At least since Harry S. Truman’s inaugural address in 1949 the term »development« has been linked to increased economic living standards via investments and knowledge transfer – interestingly Truman also noted that the »old imperialism-exploitation for foreign profit-has no place in our plans. What we envisage is a program of development based on the concepts of democratic fair-dealing.« However, development policies immediately got caught up in Cold War politics, as Truman himself was focusing on development of ‘peace-loving’ countries which excluded the forme Soviet bloc. Development after Truman, under Eisenhower and Kennedy, became even more a further chip on the table in the system conflict between the USA and the Soviet Union. While all of this is true, you will hardly find a voice from the global South advocating ‘non-development’. The content of what development means might be contested, but the ideas of better living conditions, improved health services, better education, environmental protection and free and democratic participation in political decision processes are hardly ‘imperialist’.

Third, development is then thought to be following the western/northern idea of being equal to income growth i.e. entailing the paradigm of economic growth at its core – and given that, from a degrowth perspective, continued economic growth is impossible to reconcile with the limitations of eco-systems i.e. that there is no possibility of absolute de-coupling on a global scale, sustainable development is promising something it can never keep. I am totally in line here with the degrowth position, having argued against the naive believe of ‘green growth‘ and the myth of decoupling myself. Yet the very notion of sustainable development might entail more nuanced stances on the issue of economic growth. As early as the Brundtland Report in 1987, growth was seen as a means to an end, where it is needed (in the global South) and only if »provided the content of growth reflects the broad principles of sustainable development and non-exploitation of others.« When even the World Bank admits that »growth is not enough«, it is questionable if the equation ‘development = growt’ truly holds as a basis of critique against the concept of sustainable development itself.

I would side with the degrowth argument against sustainable development insofar as the concept was until now unable to deliver the promised results. However, viewing sustainable development as a failed and illusory hegemonial concept which’s only aim is to keep the current economic and political power structures intact with no possibility to increase equity or social and ecological well-being, seems to be too far fetched.

Sustainable development as a global frame for political action

First of all, sustainable development intricately connected environmental, economic, and social issues on a global scale. It actually remains the only overarching concept left in the global discourse on the future of humankind. The recently adopted Sustainable Development Goals (SDG) speak testament of this and, unlike the Millennium Development Goals, the SDG are addressing both countries from the global South and North. While it is true that e.g. climate action is ranked as goal #13 behind economic growth (in connection with decent work) as goal #8, it is also true that ending poverty and hunger are the two top priority goals – and by the way gender equality ranks as goal #5. These goals will influence political debates on economic development, environmental policy, social policy and many more areas in the coming years in all countries. Addressing any of them without reference and connection to sustainability will be a rather futile attempt.

Sustainable development as a connection between North and South

Second, though development might be a dirty word in some circles, for the global South this is clearly not the case. Development understood of improving quality of life, social well-being and inclusion of people, especially the World’s poor, in political and economic processes is a great and noble human endeavor and has made it to the top of the list of the SDG. And it was the achievement of the sustainable development discourse to bring the so-called developing countries on board and, at least in name, enabled thinking about different developmental patterns with less resource use and greater social inclusion and participation. Some of these alternative developmental concepts like Buen Vivir or Radical Ecological Democracy (R.E.D.) have already been related to degrowth as well. If degrowth as a movement and a concept wants to be somehow relevant in North-South debates on global equity and fairness, bypassing sustainable development and connecting to R.E.D. or others appear to be unnecessary, given the fact how strongly these approaches borrow from the rhetorical frames of sustainable development (e.g. with their emphasis on ecological sustainability and human equity).

Third, sustainable development has achieved the status of a generally accepted global value, something akin to a human right. In the Rio Declaration from 1992 it states that »[h]uman beings are at the center of concern for sustainable development. They are entitled to a healthy and productive life in harmony with nature.« Furthermore, in the Millennium Declaration sustainable development was associated with a set of »certain fundamental values« among which respect for nature and prudence in the management of natural resources »in accordance with the precepts of sustainable development« were highlighted. Sustainable development indeed provides more than a developmental concept: it provides an ethic for the global age of interconnected and ‘wicked’ problems. Sustainability as an ethic entails just access to natural as well as social resources for all humankind, today and tomorrow, and a say in all matters influencing these resources. To put it more openly: it entails personal freedom in all our social and natural interconnectedness – which makes sustainability almost consistent with Illich’s notion of »conviviality« – and democratic processes to decide about the use and allocation of resources. Reconfirmed in the SDG in 2015, this ethics of sustainability is the only global ethical system dealing with global challenges like climate change, poverty and inequality. It extends the scope of the Universal Declaration of Human Rights in 1947 to the context of the 21st century.

Especially the latter point, sustainable development as an ethical system, can supply the degrowth discourse with a necessary infusion of a global ethical orientation. Sustainable development always was a supranational concept dealing with interconnectedness and global cooperation in order to foster some form of equity amongst people and nations. It is a powerful antidote against a certain anti-modernist, anti-globalist stream that is running high across many countries in the global North today, with inward-looking xenophobism rearing its ugly head. And maybe through the connection to sustainable development the conservative nature of contraction, that is at the heart of degrowth, can be nudged towards a more progressive framing.

Shortly we will publish a critical response by Ashish Kothari, Alberto Acosta and Federico Demaria who argue that sustainable development is failing 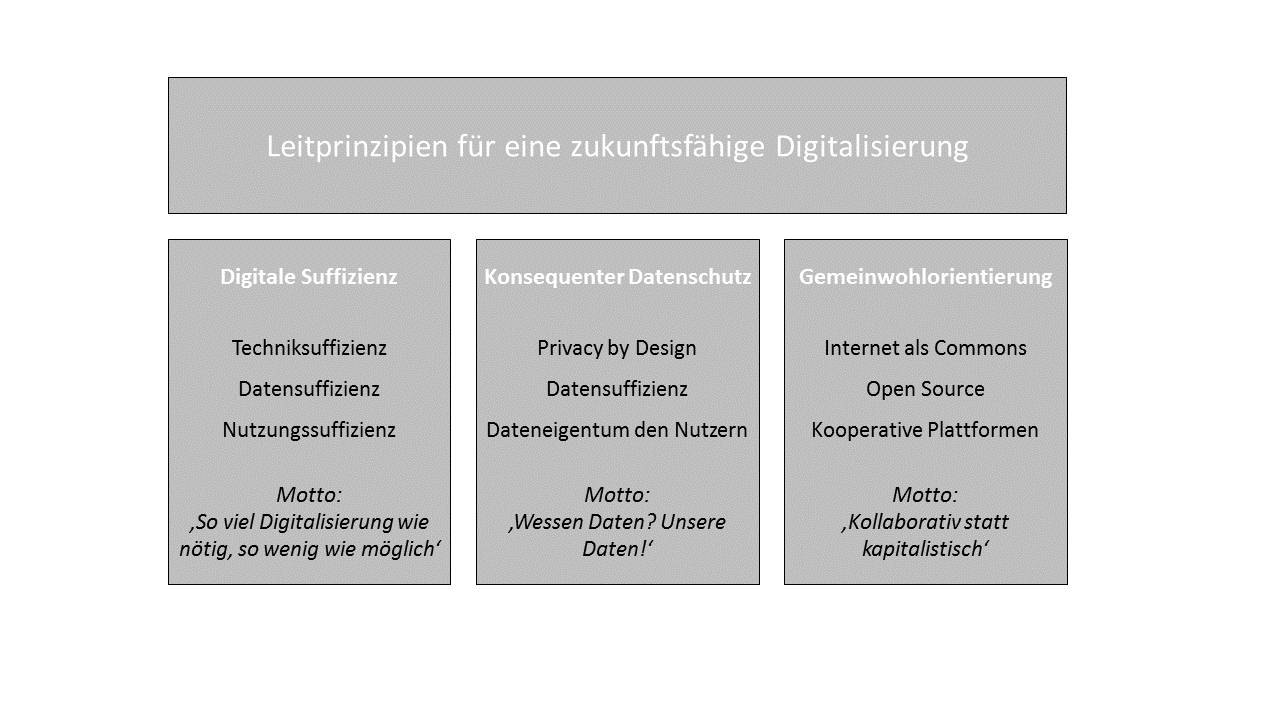 Degrowth Politics and Policies for Degrowth

Making sense of inputs from the Budapest Degrowth Conference The degrowth community in Budapest and other forums formulated a number of concrete policies and identified alliances with other movements. Acknowledging the diversity of perspectives and a more concise set of proposals by Research and Degrowth, this article puts together a number of policies and proposals consistent with degrowth. T...